Sometimes to solve a problem, you need to take a step back. Dig deeply into the data, look for the root causes, and then try to find equitable solutions.

That’s one of the things E3 Alliance is doing. E3 Alliance is a regional, data-driven education collaborative based in Austin, Texas that is helping to build the strongest educational pipeline in the country to drive regional economic prosperity.

But, E3 is seeing thousands of students in Texas failing to be successful in earning a postsecondary credential. This is particularly true for students of color and low-income students. Why?

One big reason is mathematics. Students need far more math than the state of Texas requires. Research shows that students need mathematics past Algebra 2 in high school to be successful in earning a postsecondary credential.

But looking only at high school data did not tell the entire story. E3 decided to look at the pipeline of students from elementary school through high school.

In fifth grade, we see high performers in mathematics from a wide range of ethnicities and socioeconomic backgrounds. And then a shift: a significantly lower number of black, Hispanic, and low-income students were put on the track to take Algebra I in eighth grade.

There are many factors that could be contributing to this–teacher bias, lack of parent knowledge on the benefits of taking Algebra I before high school, too few counselors–but the fact remains that even the highest performing Black and Hispanic students are less likely to be placed in Algebra I by eighth grade than their White or Asian peers.

We realized one reason we were seeing high schoolers unsuccessful in mathematics (and failing to earn a postsecondary credential) was the elementary to middle school transition and the equity issues we were seeing for students taking Algebra I in eighth grade.

To address and close the equity gaps we are seeing in the state, we need to leverage our collective voice for change.

I was excited to be invited to join the MathEquity Texas community on behalf of E3 Alliance. MathEquity Texas is a group of leaders throughout the state who are working together to act on commitments to math equity. The voices in the community reach far and wide across the state, and we are able to learn and share with each other.

But, even more importantly, the MathEquity Texas community amplifies our individual passion for the work we are doing. By partnering with these other equity leaders, my particular work was validated by members in the community and used as a catalyst for others in working on their own equity commitments.

E3 Alliance has been working on the Pathways of Promise for over five years now, which works with partner school districts with the research, tools, and recommendations needed to help students succeed in math. Pathways of Promise builds on the work we’ve been doing to address the disparities in math preparation.

One of my equity commitments through MathEquity Texas is to have 12 districts within Pathways of Promise to commit to policy and practice changes to address racial and socioeconomic inequities.

Achieving this commitment will be a huge win for the students of Texas. It will mean that more low-income students and students of color in Texas will be on the pathway to achieving a postsecondary credential.

With the support of the MathEquity Texas community, I feel confident that large-scale policy changes are possible as we build a better system to all students.

This blog is part of a series from members of the MathEquity Texas community. Join the conversation about #mathequity on Twitter. 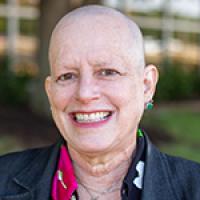 Susan Dawson is a Texas entrepreneur, business and civic leader. She founded and leads E3 Alliance, which has been recognized across the country for its ground-breaking work in systemic change for education.