The Question that Sparked a Movement

If you ask Dana Center founder and executive director Uri Treisman about the Dana Center’s origins, chances are he will flash that brilliant smile and admit it was equal parts intention and accident.

As a graduate student and teaching assistant at the University of California, Berkeley, Uri’s curiosity was piqued: what was really behind the disparate success rates of students entering freshman calculus? 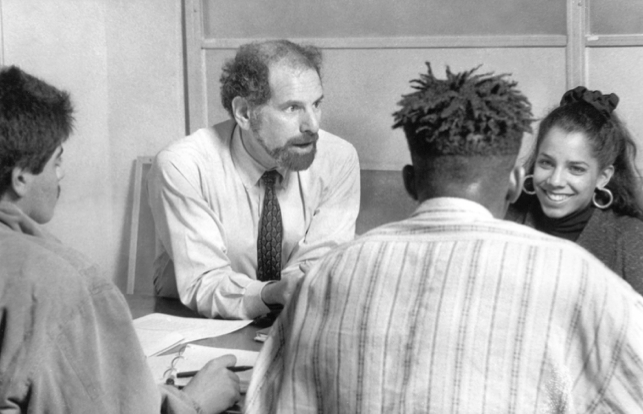 To get at what was happening, he and his team looked beyond some of the (mistaken) assumptions prevalent at the time—some students just weren’t as motivated, or their families didn’t support them, or, they didn’t have what it takes to succeed in rigorous college mathematics.

For months, Uri talked with, studied with, lived with a cross-section of students in freshman calculus.

Ultimately, his research on the mathematics learning of undergraduate students at UC Berkeley led to his development of the Mathematics Workshop Model, also known as the Treisman model and the Emerging Scholars Program. ESP—driven by principles of respect, inclusion, and excellence still entwined in the Center’s DNA today—was explicitly designed as an honors program for first-year calculus students from diverse backgrounds.

Uri and colleagues recruited students into intensive workshops that replaced remedial services with rigorous problems, a focus on deficits with strengths, and student isolation with student camaraderie and community—emerging scholars learning together how to “do college” along with how to “do math.”

By the early 1980s, ESP became a model adopted in colleges and universities across the United States.

In 1987, Uri was recognized with the Dana Foundation’s “Charles A. Dana Award for Pioneering Achievement in American Higher Education.” The year before, Nancy Reagan was the first recipient of the new award—for her work educating young people about the dangers of drug abuse.

The Move to The University of Texas at Austin

By the early 1990s, the University of Texas at Austin had launched its own Emerging Scholars Program in the College of Natural Sciences. Leaders in the Office of the Dean and the Department of Mathematics recruited Uri to join the faculty. When Brooklyn-born, Berkeley-grown Uri turned Texan, he brought the Dana Center with him.

While the Dana Center’s work at Berkeley focused on refining and disseminating ESP in higher education and (later) high school, the work in Texas quickly expanded to mathematics and science education, kindergarten through high school. 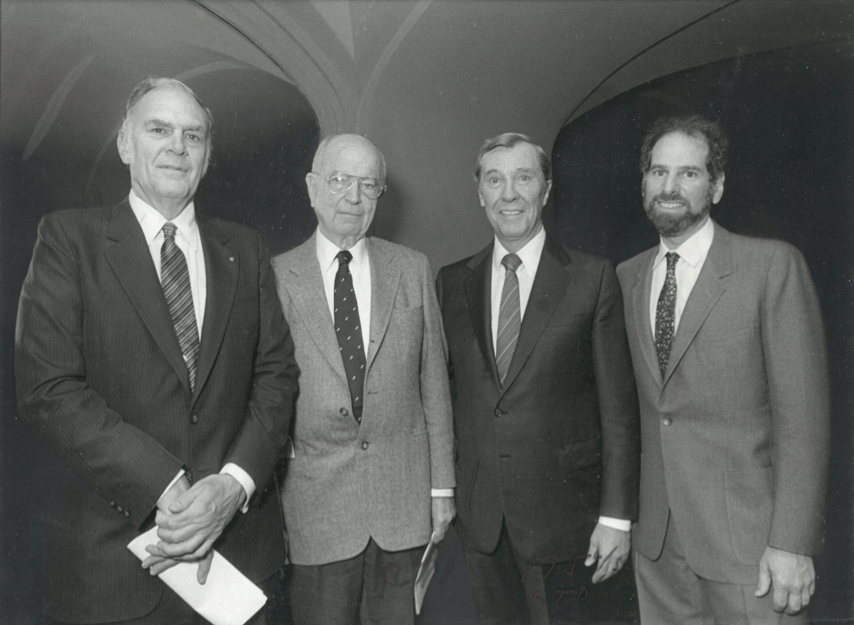 In 1994, the Center was invited by the National Science Foundation and the Office of the Governor to assume responsibility for the Texas Statewide Systemic Initiative, a sweeping endeavor involving thousands of educators and community members.

Within two years, the Texas Education Agency had designated the Dana Center as the Center for Educator Development in mathematics and science, tasked with developing resources to help local communities implement the new, more rigorous, state standards.

This early statewide initiative set the stage for the Dana Center’s work with ever broader networks of fellow educators, researchers, and policy wonks to innovate, co-create, and facilitate new approaches to address difficult problems in American education.

Our staff of nearly 80 professionals are dedicated to the same mission that Uri envisioned decades ago. Every day our team works to dismantle barriers in education systems to ensure all students—especially those who have historically been underserved—have equitable access to an excellent education. 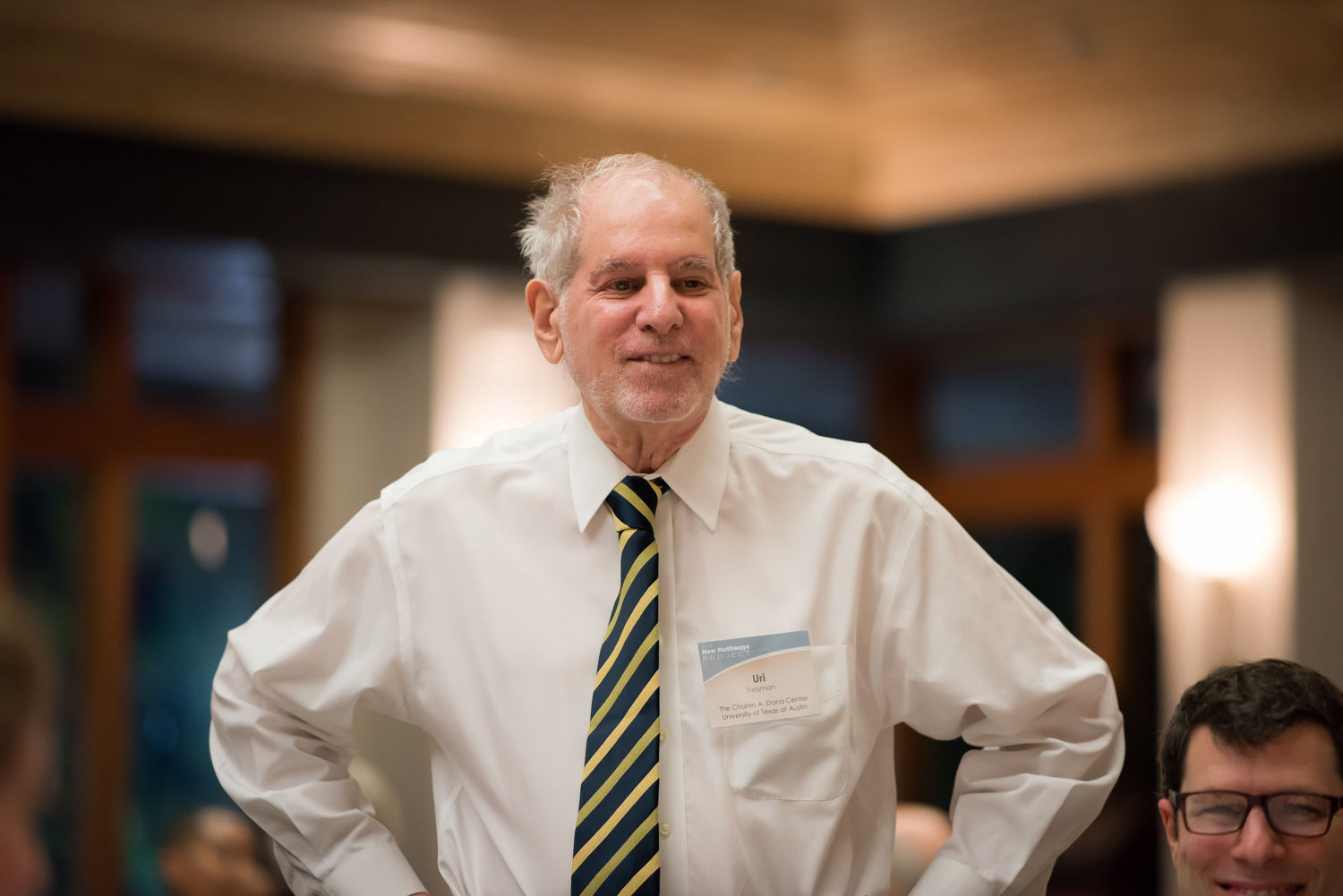 Over the years, our portfolio of K-12 work has continued to expand. To date, nearly all of Texas’s more than 1,200 K-12 districts have been affected by one or more of our initiatives, and we have worked with dozens of school systems across the U.S. We’ve worked with Achieve, Inc., and the Aspen Institute to form the Urban District Leadership Networks (UDLN), with Agile Mind, Inc., to create innovative course programs in mathematics and science, and with school districts in states across the U.S. to enhance professional learning. 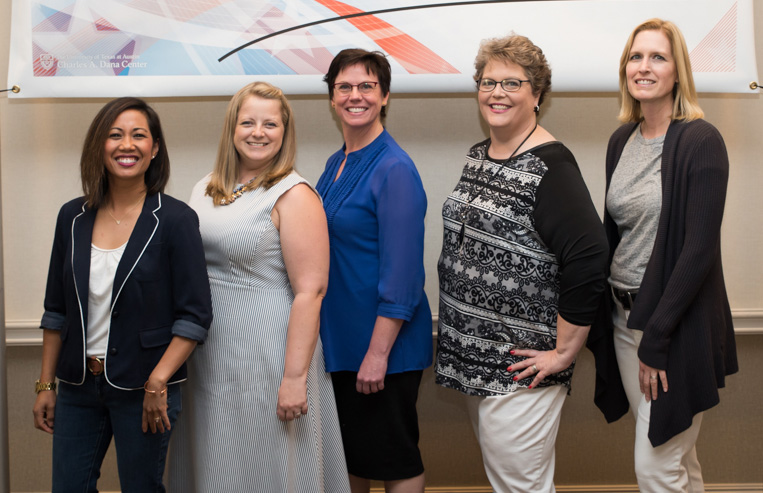 Our postsecondary work to create pathways for student success from high school to and through higher education has also expanded significantly since its launch in 2012. Our Dana Center Mathematics Pathways initiative provides strategies and tools to faculty and institutions of higher education to support the successful implementation of student-success-focused math pathways across the United States.

We also collaborate with organizations across the education sphere to discover, develop, and scale innovations.

As an entirely self-funded center, the Dana Center receives no direct financial contributions from the Texas Legislature or the University to support the work. Our project-specific work is funded through the generous support of private and public foundations, as well as through contracts with state and national agencies.

Dana Center Through the Years

We collaborate with state districts and teachers to develop innovative curriculum, resources, and professional development.