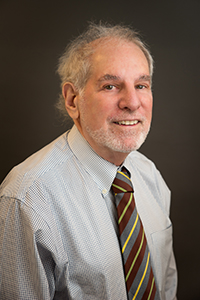 The Gung and Hu Award is the most prestigious award for service offered by the Mathematical Association of America (MAA).

Uri is a University Distinguished Teaching Professor, professor of mathematics, and professor of public affairs at The University of Texas at Austin. He is the founder and executive director of the Charles A. Dana Center, an organized research unit of the College of Natural Sciences that works to ensure that all students, regardless of their life circumstances, have access to an excellent education.

The MAA recognized Uri with the Gung and Hu Award specifically for his extraordinary leadership in strengthening mathematics and science education throughout the K-20 spectrum; supporting mathematics achievement and equity for historically disenfranchised groups; and promoting innovation, productive partnerships, and community service. 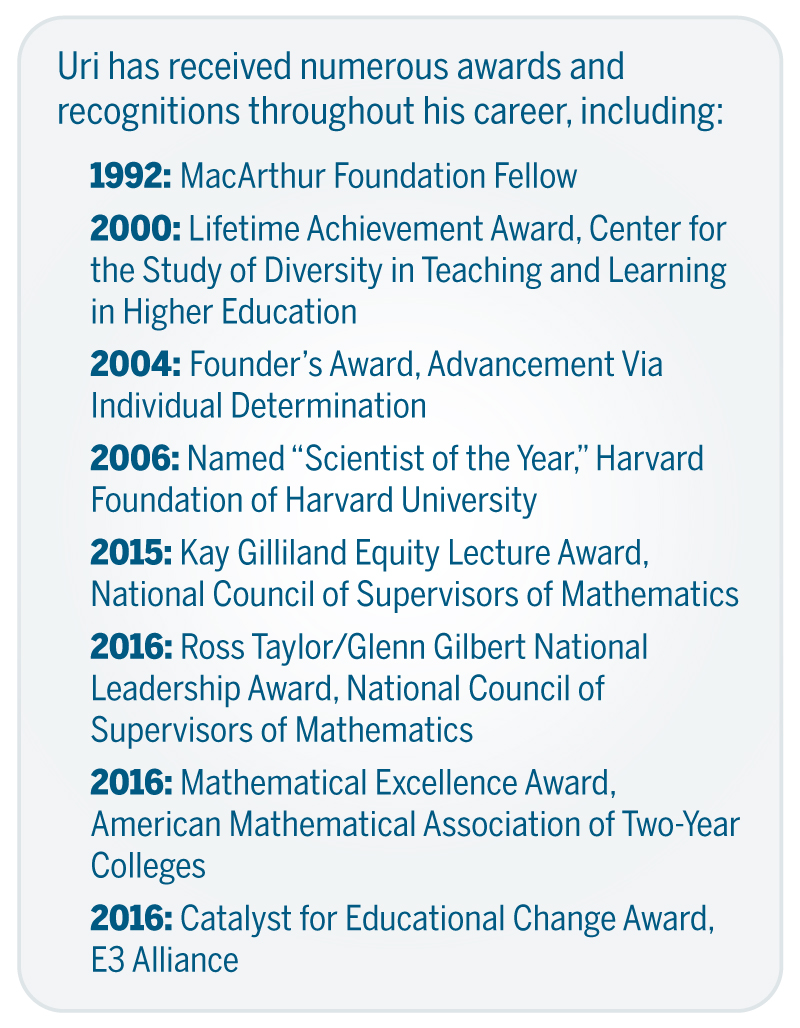 "Uri's contributions to our community, and most importantly his efforts to expand access and opportunity for all students, have inspired all of us interested in building mathematical capacity," said Michael Pearson, executive director of the MAA. "His work has demonstrated the profound obstacles faced by so many from traditionally underserved populations, as well as the potential, through careful attention to our programs, to help all students succeed. The MAA is pleased to be able to recognize his dedication and service to the future of mathematics."

Over the past three years, Uri has received parallel awards from the National Council of Supervisors of Mathematics (NCSM) and from the American Mathematical Association of Two-Year Colleges (AMATYC). He is the only individual to have received more than one of these preeminent awards.

“Recognition from one’s colleagues is a reminder that you may not have been completely crazy in what you’ve taken on and in how you’ve chosen to pursue your goals,” Uri said. “Receiving these accolades is a tremendous thrill.”

According to Uri, the Gung and Hu Award is especially meaningful to him, because his doctoral advisor and mentor, Leon Henkin, is a previous recipient. “I was taught by, and then worked with, Leon Henkin for nearly 20 years,” Uri explained. “It is an extraordinary pleasure to be linked through this recognition to him and to a long list of others who’ve inspired me, taught me, and shaped that which I believe is essential to our profession.”

Uri has worked with more than half of the award’s recipients during his career. “This recognition has allowed me to reflect on all the people who have come before me—and on those who I have worked to invite to persevere after me,” he said.

“I am moved to be connected to those I have long admired. I am energized by those still to come. Making sure we identify and nurture the next generation of recipients, those who reflect our diverse and ever-changing country, will be incredibly important to our profession.”

Co-Requisites Are Better for Students Than Standalone Dev Ed Courses