The Launch Years Initiative hosted a policy forum in 2021 on how state, K–12, and postsecondary leaders can design and implement policies consistent with the recommendations proposed in the Launch Years report. The forum provided a powerful case for the critical role that state and postsecondary policy leaders—and community voices representing the perspectives of Black, Latinx, Indigenous, Asian American and Pacific Islander (AAPI), and other minoritized communities—must play to ensure that mathematics is seen as a vehicle for achieving greater educational equity, rather than as a barrier to it.

This is part of a blog series inspired by that forum.

In March 2020, the Dana Center, in collaboration with Community College Research Center, Achieve, Education Strategy Group, and the Association of Public and Land-grant Universities, released Launch Years: A New Vision for the Transition from High School to Postsecondary Mathematics, a call to transform mathematics education to better serve all students. The report culminated a year of research and engagement to articulate a new vision for mathematics education.

The Launch Years initiative began as a response to the fact that for far too long, traditional approaches to high school mathematics—and its role as a gatekeeper to postsecondary admissions—have amplified inequities for students who have been racially minoritized or who are from low-income backgrounds. What we did not know when we began our Launch Years work, however, was how the world would fundamentally change in 2020.

The COVID-19 pandemic and a renewed focus on racial justice

While the core goals of Launch Years remained unchanged, the stark disparities revealed by the pandemic and the heightened awareness of racial injustices after the murder of George Floyd elevated the already urgent to the absolutely essential. For us, that meant achieving greater equity in our education systems, specifically in mathematics education.

As a result, last summer the Dana Center formed a number of working groups to consider how to adapt the vision articulated in the Launch Years report to meet the new demands of the moment.

One of the groups that I had the privilege to help facilitate focused on the role of state policy in either enabling or hindering the adoption of equity-minded solutions to mathematics education in the transition from high school to postsecondary education.

A key goal of the Launch Years report was to change the role of mathematics from gatekeeper to gateway. That is, Launch Years seeks to change mathematics from a mechanism for filtering (or denying) access to postsecondary education to a springboard for advancing students’ opportunities as they advance on pathways to postsecondary credentials and degrees.

To better understand how mathematics has historically served as a barrier to students transitioning from high school to postsecondary education, we began by looking to state policies that define what math is needed for high school graduation and whether that math satisfied minimum standards for university admissions.

A 2018 50-state policy scan from the Center for American Progress compared high school graduation requirements with admission standards for public universities and found a high degree of alignment. According to the CAP analysis:

Since a Launch Years strategy is to build multiple math pathways from high school to postsecondary education, these state policies warrant further study.

Given the history of tracking for Black, Latinx, and Indigenous students, as well as for students from low-income backgrounds, away from advanced high school courses and the unequal resource distribution among public schools, a state policy that intends to provide student choice may provide many students little to no choice at all.

While a review of state policies may reveal a de jure alignment between high school graduation and postsecondary admission requirements, the policies do not remedy the de facto practice of using math, particularly the calculus pathway, as a gatekeeper to postsecondary education.

Given the nature of postsecondary admissions, we cannot easily look under the hood and determine why one student gets admitted and another with equal qualifications does not. In the absence of full transparency around admissions decisions, we can only make assumptions. One of the primary operating assumptions is that taking advanced math courses, such as calculus, in high school is required to be competitive in university admissions at selective institutions.

As a result, we must recognize that seemingly laudable explicit actions, such as changing course policies with the intention of providing student choice, and defining clear math pathways for students into postsecondary programs of study, cannot be separated from the implicit cultural and social signaling that courses like calculus send to students and parents as they seek admission to their preferred postsecondary institution.

Another concern about building multiple math pathways from high schools to higher education has to do with the capacity of some schools and school systems to offer the courses that facilitate that transition.

The United States Department of Education’s  Office of Civil Rights (OCR) regularly collects data about U.S. public schools. A 2015–2016 Civil Rights Data Collection report looking at STEM course availability in US high schools found that an alarming number of students, and particularly students from under-resourced schools, do not have access to courses—such as Algebra II—that are required for admission to a postsecondary institution.

The OCR study found that almost one in ten high schools nationally don't offer Algebra I, and nearly one in five don't offer Algebra II. The likelihood that students can enroll in courses beyond Algebra II is even worse. The same study also zoomed in on high schools where the enrollment of Black and Latinx students accounted for more than 75% of total student enrollment and found that these schools were even less likely to offer courses beyond Algebra I than were U.S. high schools overall.

Where do we go from here?

The policy question we must grapple with today is not so much, “What are the new high school mathematics pathways into postsecondary education?” as it is, “What do we need to do to ensure that students who are not currently being well-served by existing pathways do not get further marginalized when states adopt new pathways?”

Policy must open access to new math pathways, but it must also ensure that high school students who need calculus for their chosen program can access and benefit from those courses equitably. 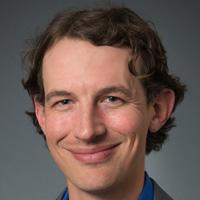 In my 6 years teaching in Austin-area schools, I worked hard every day to create a caring, inclusive, and empowering classroom community for my students. Now I work on the policies that shape what happens in classrooms in Texas and beyond. One of the reasons that I remain motivated by the mission of the Center—equity, access, and excellence in math and science education—is to ensure that all students can reclaim a place in the community of mathematical learners.